“Urban Tribes” micro-groups of the past, present, future 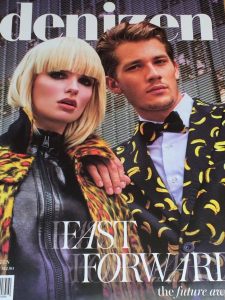 Social tribes have been defining generations since long before a Frenchman gave them the enduring moniker in the 80s. From mod to grunge these collectives have grown like truffles in the shade of the mainstream, waiting to be sniffed out and exploited by trend pigs. Social tribes are the subcultures around which modern societies evolve. Tribal identity, from interests, rituals and lifestyle preferences distinguish them from the mainstream, challenging the status-quo and pushing our species forward. Certainly we can all cringe in unison as we reflect on what can only be considered the awkward adolescent years of the human race. Let us now reflect on the current state of our development and where our next social tribes are setting up camp.

In the 1980s, professional people watcher Michel Maffesoli coined the term “Urban Tribes” to describe the micro-groups of people sharing interests, rituals and lifestyle preferences; The subcultures that grow in the shadow of the accepted standards of the time and around which modern societies evolve. Tribal identity, from behavior to fashion, distinguishes them from the mainstream, and births new trends faster than you can say Cara Delevigne.

The Dead
Right now we’re in the literal wake of an entire social tribe, the death of The Hipster. Everyone agreed they had it coming. For a collective more concerned with overtly hoppy-beers than harming his fellow man, the hipster made a lot of enemies. They kept their egos warm developing hives at whichever new local café was serving the coldest science lab coffee, or the type of bar that serves popcorn with truffle oil and smoked butter with bread and gherkins. Lumbersexuality, beards, sailor tattoos, check shirts, retro glasses and fixed-wheel bikes; the hipster tribe developed such a breadth and complexity of character it became a target. Traditionally, hipster was a label for people with discerning (or pretentious) tastes who wore über-trendy clothes and populated edgy (or affordable) localities in the early Noughties. But unless you were living in Portland Oregon to be termed a modern day “hipster” made people (even hipsters) inordinately angry. It is rarely used by anyone to describe themselves, and is almost always double-edged. Happy to be part of the tribe or not, an interior design ethos of kitschy controlled chaos that spreads to your wardrobe is a tell tale sign you were, are, or want to be one. Hipster signifiers are now everywhere. Pizza Hut serves cocktails in jam jars. Premier League footballers have sailor tattoos. Every retail outlet ever has roughly painted stacked recycled crates. Your dad has his hair cut in Murdock. No tastemaker can survive that kind of ubiquity. The insiders have conducted their own postmortems and decided the realm of hipster has subtly dissolved into the normcore movement, where people no longer want to look accidentally the same, they want to look deliberately the same.

In recent times the domains of health and wellbeing have undergone something of a transformation, expanding so far as to include everything from triathlons to meditation. There was a time bikram yoga and a macrobiotic diet were labeled hippy at best, quasi eating disorder at worst. Now they are doctrines of a new healthy and hip lifestyle revolution, to be both measured and published with the help of your i-watch. This movement evolved from the heaven sent match of yoga pants and nike rogues. Eventually, dressing as though you’d been exercising for a public flat-white actually evolved into publicly excising, which evolved into actually enjoying it. The fitsters led us on a rediscovery of our personal health from the inside out. The super foods movement has been gaining speed for as long as the former hipsters have been adding gears to their quickly outdated and terrain-challenged fixed-gear bikes. For your new-aged diet or café menu to gain momentum all you need are a mixture of the following key words and buzzfoods; Chia, raw, goji, paleo, wheatgrass, buckwheat, celeriac, *(anything other than a cow) milk. Today, where you train and what you eat says as much about you as the handbag you carry and the music you listen to. To be healthy has become its own card-carrying status symbol; a cultural semaphore for discipline and success, and this tribe is successful! Members of this well-oiled fitness tribe give each other kudos when they’re on a roll and they pick each other up when things get rough. Where their predecessors shied away from public displays of…anything, Fitsters are incredibly connected by social media technology. Bonding over the wins, woes and general networking that make this tribe stronger, as well as incredibly marketable. Model subscriber and Instagram star Gigi Hadid has famously been quoted as saying “Eat clean to stay fit, have a burger to stay sane”. It’s this kind of relaxed approach to their own cultural structure that makes Fitsters so accessible to outliers. The difference with this new generation? Tribe development takes place entirely in the spotlight, with a group of subscribers who are mature self-marketing experts, raised under the supervision of Social Media. Where social tribes of the past were quite exclusive the Fitster is the opposite, welcoming the chance for global culture domination and encouraging fellowship.

The Next
What does our future hold? In 2015 as a new social tribe emerges to take the throne it feels like we are caught between two worlds. Strides in technology have impacted every front of our present existence, from going for a run to running a business. As a species we march on handing out scrolls for job roles that may not exist in a decade, clinging to the structure of the office block. Meanwhile in the shadow of the nine-to-five a new tribe is forming. They feed on the distaste that has grown from deep within the most bohemian of fitster types, whose phrases such as ‘JOMO’, ‘conscious uncoupling’, and the ‘digital leash’ are creating opportunities for a new breed of impresarios. That tingling sensation of discomfort you feel when you look at Auckland’s ‘new society scene’ is not nausea, not even jealousy (although it is close to old age). That stir is the very human response to threat, yes threat, as a tribe of new age, well presented, entrepreneurs rises…literally slashing the competition, and having more fun than you are. Creative Director/ DJ/Blogger/Photographer/Financial Controller; the job titles of this next generation will slash on as their “rent me” approach to employment buys out the “buy me” market place of old. The next social tribe may head a change in business culture, but the growing rich/poor divide will put the class structure back in social structure. Appearing laid back, this group is actually incredibly strict in its constantly shifting parameters to include the rising, the greatest and the latest (often parallel to the most expensive). With the optimism and tenacity early colonial settlers believed in the “American dream” this collective believes firmly in “the new rich”. They adhere to the latest “it” fashion, enjoying freedom of time and location. Their playlist and inclination toward exclusivity is defined by hip-hop “intellectuals” and the constantly shifting strictures of “it” artists, that only they can seem to find or follow. The only property that this tribe is bound to? Their image, coveting experiences and adventure above all else (as clearly displayed on their Instagram/tmblr page/official website). You’ll often find them at obscure festivals and filter perfect locations, orchestrating highly manicured and entirely manipulative photo shoots that aim to project and protect their business interests/identity. As this future tribe grows in strength and numbers it will be to the disdain of its genuinely talented founding members. The aforementioned expansion of the rich/poor divide will have continued to grow as the King (formerly known as) George’s hairline continues to recede. The by now old “new rich” will be breeding (through a series of medical advancements in perfection). New additions to the aging group are likely the lost pampered trophy kids of successful “/parents”; those power couplings who slash on a child and hire a team to pamper it on their behalf. Under intense pressure to succeed these private school “/graduates” (/event planners) will become “brand sluts” who inevitably end up on the same trend tip as the leading elite tribe. Like their parents before them their affinity to the relics of Hip-Hop prose and further reliance on technology will see language change entirely. The new nu-tribe will seed words and phrases from our urban dictionary of old right into the oxford dictionary. Sentences will be made out of hyperlinks to online content, words like “turnt” and the phonetic equivalent of emojis. Couplings in this next clan will often live as Dinks (dual income no kids) until the day they go on a virtual sex holiday to Keplar 3 (as sponsored by Virgin) and order their spawn straight from the internet; Engineered infants that could do away with the pesky free will that started this social mess in the first place.